It’s always the quiet ones, isn’t it? Like many of my favorite characters, Captain Denver Walsh wasn’t much more than a cool name for a minor plot point. He popped up in a few books and each time a few more details were teased out until I realized there was a bigger story waiting for us. I knew Denver’s past would be very sad and extremely painful so I decided he needed a friend and a big burst of light to balance all the darkness. It was important that they shared a bond that was stronger than their physical attraction because Denver’s wounds were so deep. Their friendship makes me melt, reader. Ezra’s exactly what Denver needed and I couldn’t be happier for him. Here’s a peek at one of my favorite chapters from A Soul To Keep:

“We should probably run into town unless you want soup for dinner again,” Ezra said as he swung the freezer shut then leaned into the fridge. “We could make breakfast for dinner or pull together some weird salads if you don’t feel like going out until tomorrow,” he suggested and Denver squinted as he looked up from his book then glanced at the window.

“Or!” Denver gasped as he slid out of his chair and pointed at Ezra. “We could go fishing. Your uncle has everything we’d ever need out in the garage,” he said excitedly and Ezra’s eyes narrowed as he considered.

“I’m more of an Angel fan than a Buffy fan but Spike was my favorite,” he stated and Denver grinned as he rested his hip against the counter.

“You’re telling me you’re too much of a nerd to go fishing,” he guessed.

“I don’t like boats or understand how fishing works and I’m not touching a fish while it’s alive or killing one,” Ezra vowed. “What I will do is run to the store and see if they’ve got any fish sticks and cook them for you while we watch my favorite Spike clips on YouTube,” he offered and Denver made a pffffttt! sound as he gripped Ezra’s shoulders and gave them a shake.

“I’ll take care of the fish. You run to the store and get potatoes, cornmeal and oil,” he ordered and a crooked smile curved Ezra’s lips.

“I really like fried fish,” he said dreamily then nodded. “I’m in as long as I don’t have to touch the fish until it’s cooked.”

“Grab some beer and ice and we can hang out on the dock. It’s going to be a gorgeous day,” Denver said and Ezra was legitimately excited.

“Sounds like a plan.” They slapped hands and Ezra darted around Denver and raced into his room to pull on a shirt and his sneakers. He rushed into the hall and Denver caught Ezra just before they collided.

“Slow down! It’ll take me a couple of hours. I want to catch something big enough for a few meals,” he laughed as they spun then set Ezra away from him.

“It’s supposed to be hot today! Do you have any idea how long I’ve been waiting for the sun?” Ezra complained. “Mom’s only been down here a few times since Myles died so it’s been years since I’ve had an excuse to drag everything to the dock and do some drunk sunbathing,” he said then felt a lot warmer as he imagined Denver sunbathing. “In a Speedo, if there is a God,” Ezra murmured to himself dreamily.

“What?” Denver asked as he leaned and searched Ezra’s face.

“Nothing. I probably shouldn’t drink anything stronger than beer,” Ezra said cheerfully then gave Denver’s chest a quick pat. He was so solid and large… Ezra pulled his eyes from the light dusting of hair between Denver’s pecs and swallowed hard. “Make sure you wear sunscreen,” he added weakly.

“I won’t forget, doc,” Denver said as he tapped his brow then winked at Ezra. “Although I was thinking I’d work on my tan lines today,” he whispered loudly and Ezra’s eyes widened.

“Really? I was going to put on my trunks…” he babbled as he pointed over his shoulder and Denver’s brows fell as he shook his head.

“No. I was joking. I’m going down like this but I’ll probably let my feet hang in the water,” he replied slowly.

“That’s still a lot of exposed…” Ezra shut his eyes as his head bobbled. Denver was wearing a pair of cargo shorts and flip flops but Ezra was blushing like it was his first time being in the presence of another bare-chested human.

“Are you all right? You’re already acting like you’ve been in the sun too long,” Denver said and Ezra waved it off.

“I’m really looking forward to the beer and fried food and maybe a nap in the sun. We can drag the lounge chairs to the end of the dock,” Ezra suggested and Denver nodded.

“I’m keeping an eye on you,” he warned and Ezra laughed it off because he thought he’d survived the most humiliating moment of the day. He was just warming up.

“Hey! I was sure we’d be stuck with something sad like Bud Light but you’ll never believe what I found at the store,” Ezra exclaimed as he strolled to the end of the dock with two cases of Red Stripe behind his back.

“I like Bud Light but I’m not that picky,” Denver said and squinted up at Ezra as he reached into the water and pulled at the line. “Look at what I caught while you were gone,” he said as he stood and held out an alarmingly large trout.

“Ew! No!” Ezra protested and raised the cases to shield his face. Denver might have thought Ezra was about to throw the beer because he dropped the trout so he could catch them and fell backwards, into the lake.

“Holy shit!” Denver shrieked as his head and arms burst from the water and he laughed as he swept his hair away from his eyes. “It’s freezing!”

“Oh, fuck! I am so sorry!” Ezra said as he set the beer on the cooler then dropped to his knees and reached for Denver.

“It’s not a big deal. I was getting hot and the water was starting to look good,” Denver replied as his arm swung and his hand locked around Ezra’s forearm. “Join me,” he said as he yanked.

“Noooo!” Ezra cried as he went over then lost his breath as he plunged into the icy abyss. “You ass!” He yelled as his arms flailed then yelped as Denver’s arm looped around Ezra and locked him against his chest.

“It’s not that deep. You can probably touch the bottom if you stretch your toes,” Denver said soothingly. Ezra nodded weakly as he watched a drop of water fall from Denver’s lip and land in his beard then stared as it melted.

“Probably,” Ezra sighed then shook his head. “You’re right. I’m fine,” he said and almost swallowed his tongue as Denver leaned back and pulled Ezra with him as he kicked. Denver’s legs thrust powerfully outside of Ezra’s as they glided around the end of the dock. Ezra bit back a moan as his arms wound around Denver’s broad shoulders.

“There’s a ladder on this side,” Denver said as he reached for it.

“Right. I knew that,” Ezra replied. If the water was clear enough, Denver would see that the front of Ezra’s trunks was pointing at it. “Great!” Ezra stated as he admired the ladder warily.

“After you,” Denver offered politely but Ezra shook his head.

“You first. It’s only fair since I practically pushed you. Accidentally,” he insisted and Denver hummed.

“Obviously. But you should probably go first,” he said then cocked his chin at the ladder. “Or let go, unless you want me to carry you up,” Denver teased.

“I think I can manage,” Ezra murmured then kicked away as he pumped his arms a few times, just to prove he could swim and stall for several moments. Ezra discreetly adjusted the front of his swim trunks then quickly pulled himself up the ladder. “Thank God I remembered towels,” he said as he dove at the nearest lounge and covered his lap.

“Toss me the other one?” Denver asked as he climbed out. Ezra held his towel against his groin as he swiped the other towel off the lounge and held it out to Denver. “Give me a minute. I need to take these shorts off. They’re heavy when they’re wet and they’ll dry faster if I lay them out,” Denver said as he unbuttoned the fly of his shorts and let them fall. His white boxers were transparent and Ezra’s eyes darted to the beer. It was warm but Ezra’s face felt like it was on fire and he was ready to jump back in the lake. Ezra stared longingly at the cooler and searched for a rational justification for dumping the ice into his lap. Then, he noticed Denver’s phone and keys on the dock, next to the cooler.

“You knew we were going in,” Ezra accused and Denver held his hands up innocently.

“I might have wanted to see how much you’d freak out over the fish and it was getting really hot,” Denver said. “I thought you’d throw yourself in the lake and I’d have to go in to save you.” He cringed as he bit into his lip and Ezra glared as he reached for the beer.

“I’ll get you back for that,” he vowed and Denver grinned as he dried his hair. Ezra swung away and hunted for the bottle opener because he didn’t need to stare at Denver as he mopped at his large, powerful body with the towel. Ezra’s imagination was doing a good enough job and still fixated on the drops of water on Denver’s broad shoulders and clinging to the dark hairs on his chest and abs. He could practically see Denver’s tattoos glistening as he pried off the cap. “Here,” he said as he held the bottle out to Denver.

“Did you poison it?” Denver asked and Ezra rolled his eyes as he grabbed another bottle and opened it.

“That would be a dumb way to murder you. I’d have to hide the body long enough for the poison to be undetectable and I’m not dragging your ass around. That would be so exhausting,” he predicted and Denver pointed in agreement.

“Smart. That’s a lot of dead weight. Better to make it look like an accident so you can just leave me.” 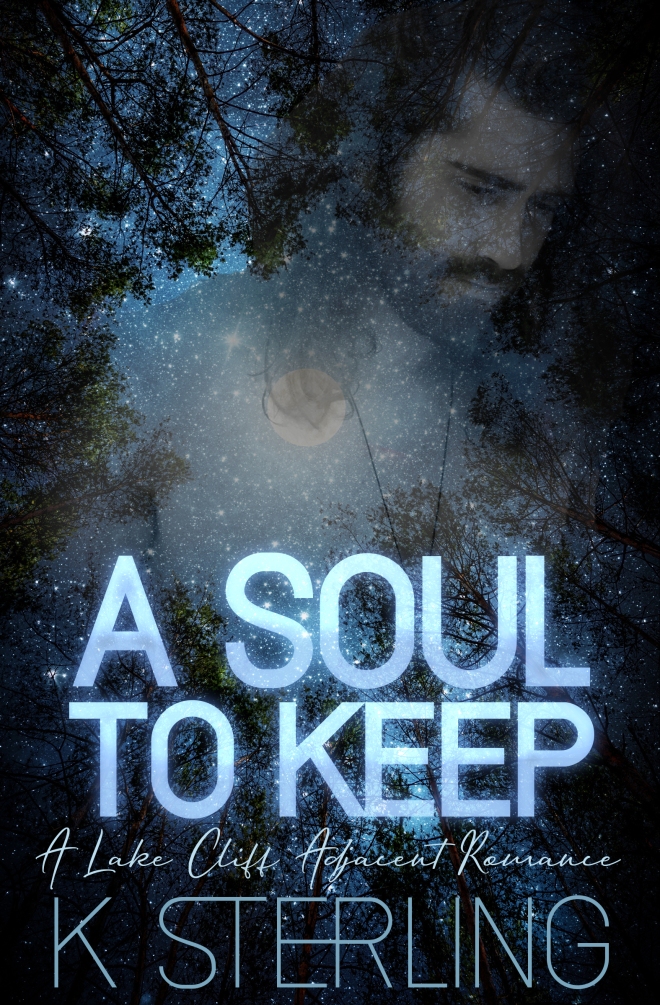 Welcome, Denver. We’ve been waiting for you.